“Thousands of motorists each day travel along the M74 motorway, to the south of Glasgow, unaware of the fascinating 1000-year history emerging from the edge of the hard shoulder.” 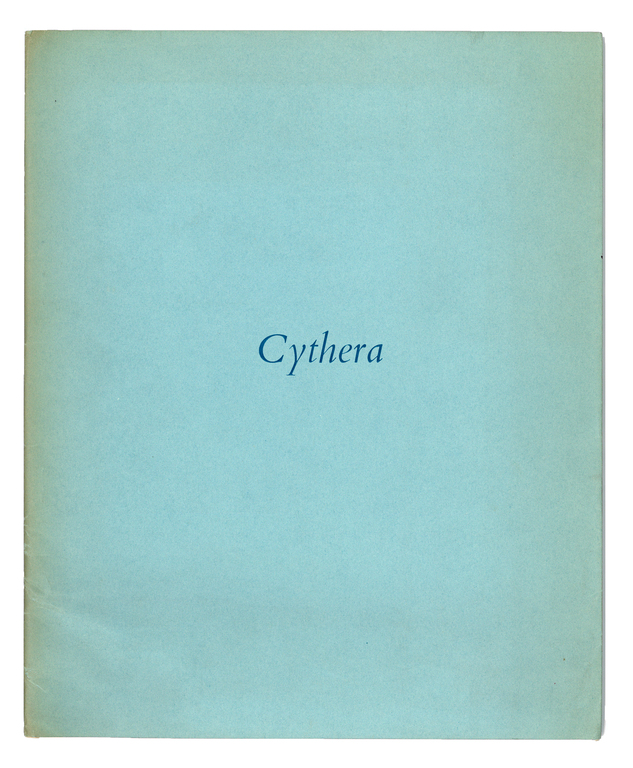 The town of Hamilton in South Lanarkshire is underlain by a monumental landscape – a landscape of expansive views, an extravagant burial monument, ceremonial avenues, carefully arranged trees, a folly, an enormous high status dwelling place, and an earthen barrow.

An alternative geometry, a different world.

Yet much of this is actually visible from the M74 motorway, if one cares to look to the side that is not dominated by Strathclyde Park loch, itself a place of deep time, with a Roman fort and its fancy bathhouse, and the abandoned mining village of Bothwellhaugh, destroyed in the 1960s and now located beneath the waters of the loch and a theme park. And of course, the motorway has buried secrets of its own, notably the ‘lost’ medieval village of Cadzow that was rediscovered recently during excavations by GUARD Archaeology Ltd as part of the interminable roadworks that have dominated this corner of Scotland for the last 18 months.

Despite the endless development and alteration, the submersion of this landscape beneath concrete and water, traces of all these past places survive against all of the odds, sometimes revealing themselves to us, other times having to be sought out.

Deep within this place of complex and entangled timelines riven by motorways and parks both retail, leisure and theme, we have the aforementioned monumental landscape, hidden in plain sight.

But it is not, as I cunningly led you to believe, a Neolithic monumental landscape that now lies beneath an urban centre in Lanarkshire. Rather, it is the remnants of a remarkable eighteenth and nineteenth century (AD!) designed landscape that was constructed for and by the Dukes of Hamilton.

At the heart of this landscape was an extravagant avenue of trees, which ran for 5 km south-north from the Chatelherault folly hunting lodge and the Dog Barrow to a large meander in the River Clyde. (When I was a teenager, I helped plant a tree when part of this cursus-like avenue was re-established.) Midway along its length was the huge Hamilton Palace (not the infamous nightclub of the same name, of which more below) and an extraordinary mausoleum. The Palace, according to the National Museums of Scotland ‘the grandest stately home in Britain’ and basically a repository for all sorts of flashy and expensive baubles, was demolished in 1927 after a lengthy period of abandonment, damage and financial decline caused by an ill-conceived undermining of the structure by coal mining which was the result of decisions made under the watch of the 10th Duke of Hamilton.

The Mausoleum (as it is known locally) however survives to this day and is a major landmark in the motorway corridor, conveniently located just behind Hamilton Service Station. This crazy building has a high domed form, a square base, and supposedly contains the longest echo of any building in the world when the big front door is slammed (15 seconds apparently). The local Council describe this building as ‘one of the finest private tombs in the country, and …. now one of the town’s most famous buildings’. It is made of sandstone with bronze and marble fittings, and carved lions stand guard outside, but was not completed upon the death in 1852 of the egotist who commissioned it for himself, the 10th Duke. There are all sorts of weird and wonderful stories associated with this place and the Duke, the best one concerning an ancient Egyptian sarcophagus and corpse-leg-chopping (perhaps of the type witnessed in the film Lisa and the Devil). To be honest when I was a kid I thought the place looked like a strange stumpy willy.

This grand landscape is of course redolent of many things, not least an obscenely wealthy family of individuals inheriting land and money and with the time and inclination to make their mark, dominate the landscape, through its restructuring. This grand design was explicitly political, not just a way to ensure one’s friends and family had nice places to promenade while carrying those lacy umbrellas and wearing stupid hats, and hunt deer in the most benign and non-challenging fashion. Aspects of the design ensured that as the nineteenth century proceeded most of this palaver was screened off from the locals who lived in altogether more modest shacks or worked in the burgeoning coal mines and quarries that were springing up on the Duke’s land. How ironic that the most blingy thingy in this landscape, the Palace, was undermined by the industrial revolution with mining pursed because of the attractiveness of New Money to Old Money.

I don’t need to tell you that these kinds of processes – monumental landscape change by an elite to maintain political prestige – is probably what Stonehenge was all about too. After all, Stonehenge itself was literally a mausoleum. But enough prehistory.

Perhaps it is fitting that the way that this spectacular landscape and building complex is best remembered today at its northern extent, as it kisses the motorway, is in the form of a retail park and a night club with a dodgy reputation.

The Hamilton Palace Grounds Retail Park is at the centre of another kind of designed landscape, this one created for everyone, not just the elites, but just as underpinned by money, not inherited money, but consumerism. The Park was ‘opened in 1999 and comprised 175,000 square feet of retail space consisting of 17 units’ (source) which is all very exciting but about as distinctive as a golf ball in a big bag of golf balls that has been opened in the dark.

Thankfully, the fringes of the retail park do contain some interesting places and structures, such as the aforementioned Mausoleum which is a short walk through a nice park next to Homebase. And another gem can be found here too: a stone circle sculpture by Ian Hamilton Finlay (1925-2006), which is an articulation in concrete of his poem Cythera. This is sandwiched between a five aside football place, McDonalds and a dual carriageway and was constructed in 2000, a year after the shops opened. 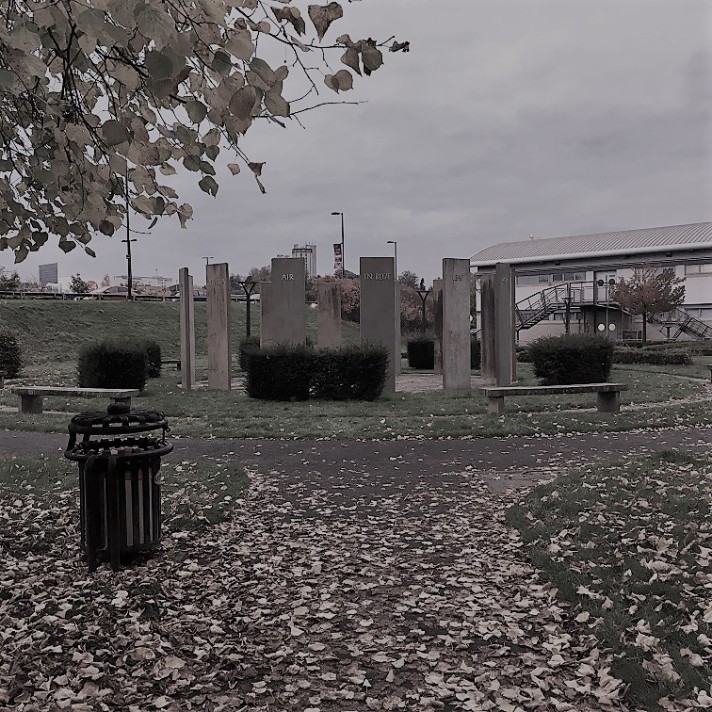 This is an organic place made of inorganic materials – paving slabs, concrete blocks, light fittings – and at the centre of a network of pathways, an island. It is surrounded by, for want of a better word, shrubberies, and some trilithon like stone benches. 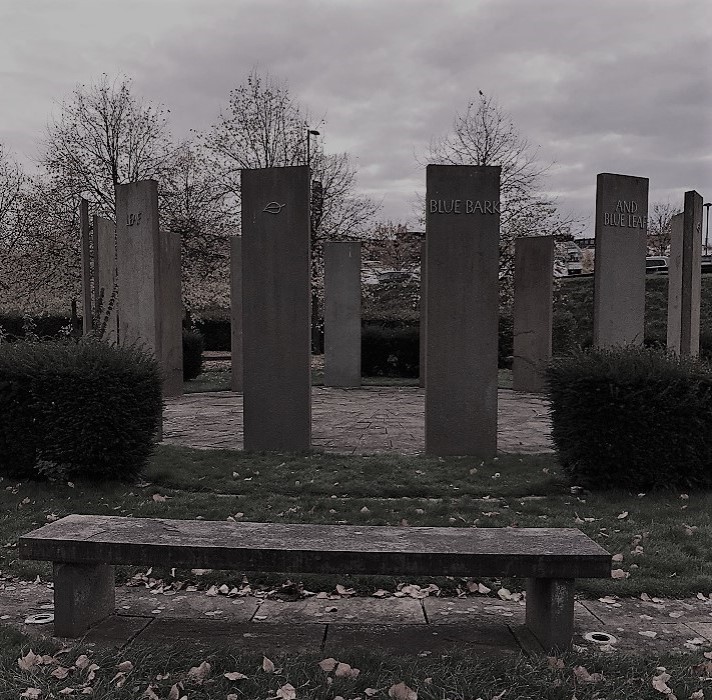 The words of the 1965 poem are written across a series of monolithic concrete uprights set in a circle, interspersed with leaves, signifying pauses. 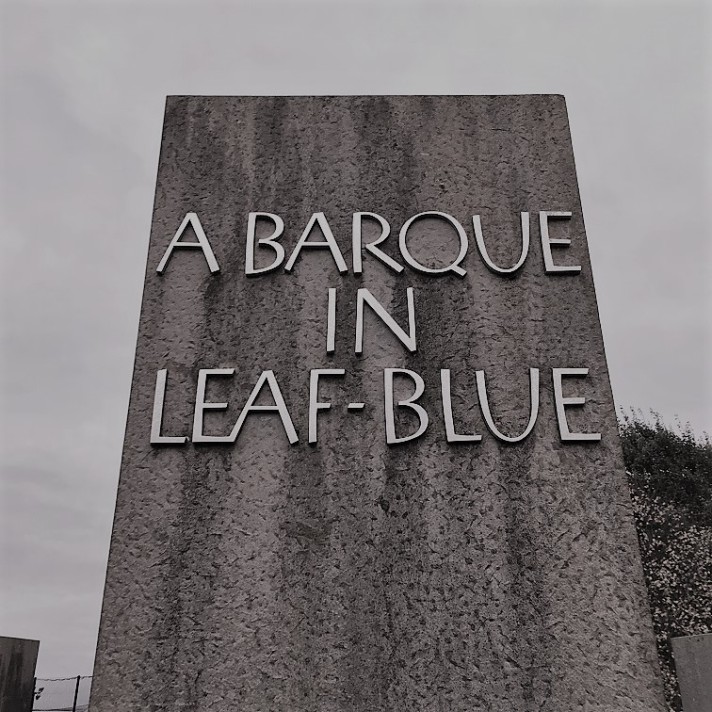 This is a place of wonder and calm beauty amidst the car and football sounds and the whiff of beef patty in the air.

It offers a chance to pause, and reflect.

More, it is a provocation to look up and see where you really are, transported back in time to a time where there were no units, no motorways, and the only Comets were the ones that flew across the sky. 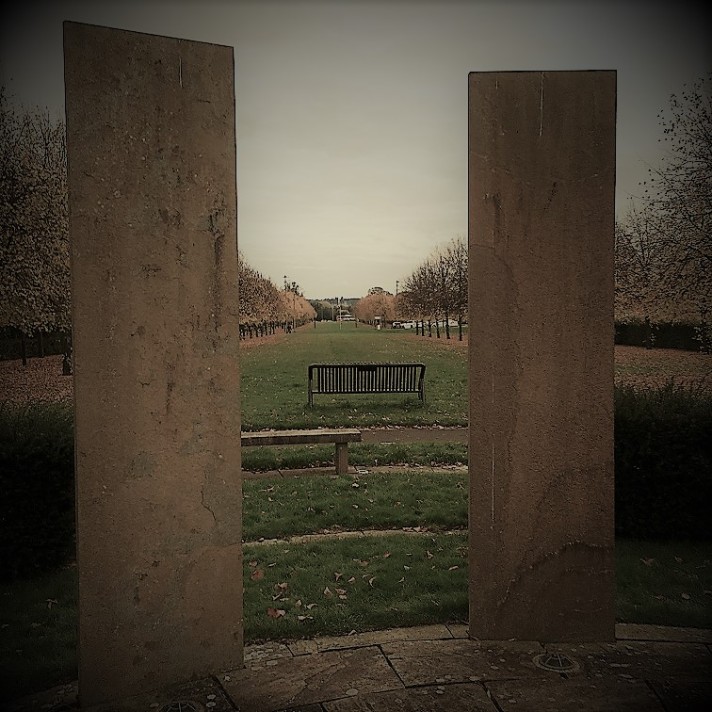 Because Cythera stands in the avenue, on the Duke’s land.

Because Cythera stands aligned with Chatelherault: the folly and the barrow.

Because Cythera sits not near the motorway, but near the river. 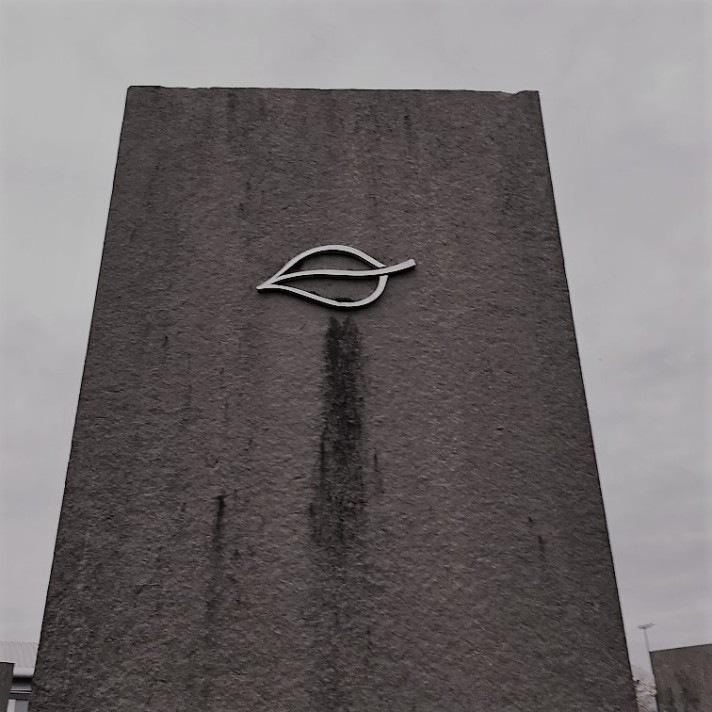 Sometimes the past intrudes.

Sometimes the geometry that structured the world once returns to the surface. Or rather that geometry cannot be hidden or will not let itself be concealed. 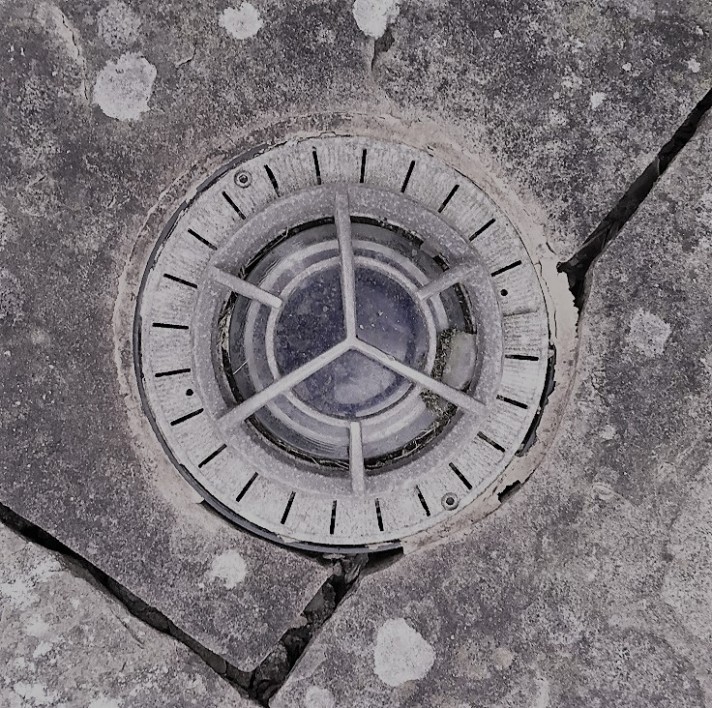 the goddess of love reborn –

a temple to sanity amidst the cathedral of consumerism –

Sources: the quotation that starts this blog comes from the GUARD webpage about the M74 Cadzow excavations (link above) while the cover of Ian Hamilton Finlay’s book of the poem Cythera was sourced from this website. Links to most of the images have been included in the captions, but special mention for information and imagery associated with Hamilton Palace and grounds goes to a webpage hosted by the old RCAHMS (now HES) on the history of this place – this includes the amazing simulated air photo I have included above. Finally, I would like to thank Gavin MacGregor for identifying this urban stone circle for me.

One thought on “Cythera”