Postcards from the edgelands

Recently I have been thinking about postcards. These low grade cardboard rectangles, measuring typically 105mm by 148mm, with a picture on one side, and space on the other side for a message, address and postage stamp, are an ideal medium to present a bold, tacky and / or representative image, or series of images, of a place, with the added bonus that it can be posted from that place to another place (or just taken home and stuck on the wall / fridge).

Recently, I purchased a fascinating, if rather strange book, entitled Ancient Stones on Old Postcards. This is a collection of black and white / sepia postcards, compiled by Jerry Bird, and first published in 2011 by Green Magic. 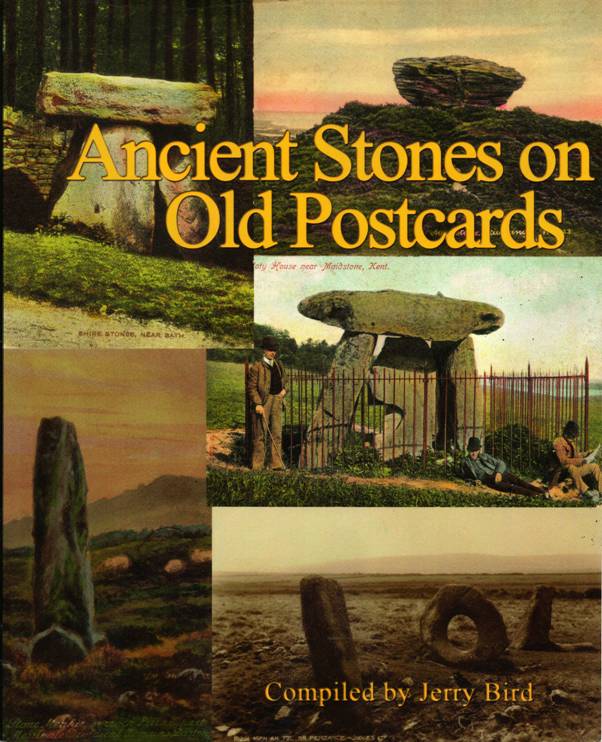 This book contains many postcards of genuine prehistoric megaliths, and other notable (ancient) stones, such as glacial erratics and big boulders on street sides. Some of these postcards depict long forgotten urban prehistory, and all are arranged thematically and accompanied by interesting narratives. Many of the postcards depicted are Victorian or Edwardian.  The example shown below, from my favourite section of the book entitled ‘Oddities and Follies’, shows a typically strange ancient stone, which may or may not have once been a standing stone, but certainly has some colourful associations, and somehow ended up in an urban context. 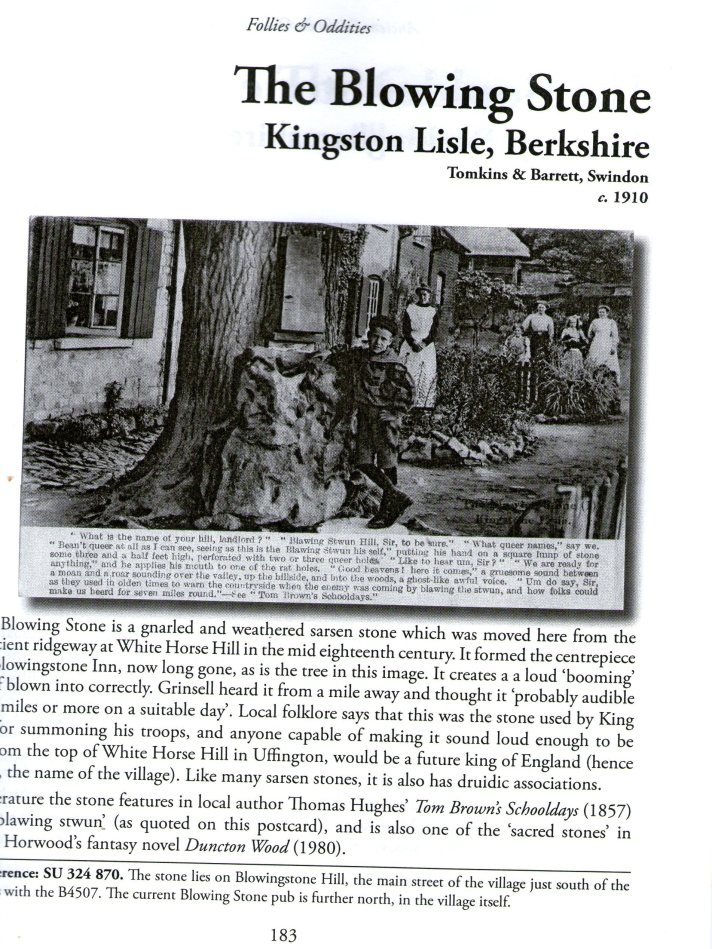 I love postcards like this, sometimes with staged participants gathered around the object of the card, or perhaps more accurately bemused bystanders watching the photographer intently. Postcards have a certain simplicity and magic to them, and it is a pity that many now have no room for bystanders. The images below are more typical of the type of postcard you can buy at prehistoric monuments today; I especially like the Stonehenge card which reminds me for some reason of a Ford Capri. These depict the touristic essence of places, but perhaps not the reality of the visitor experience. 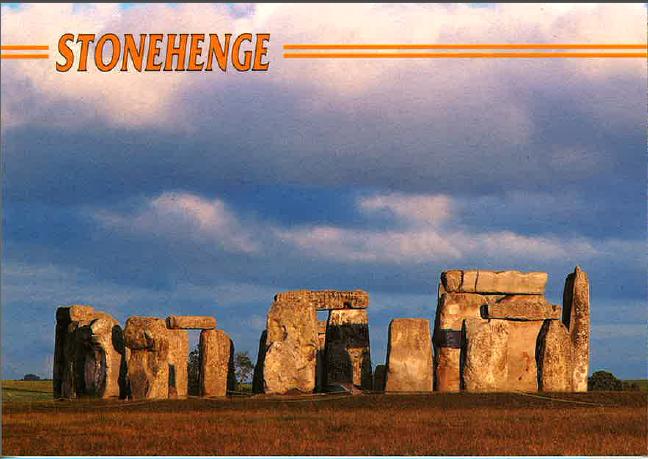 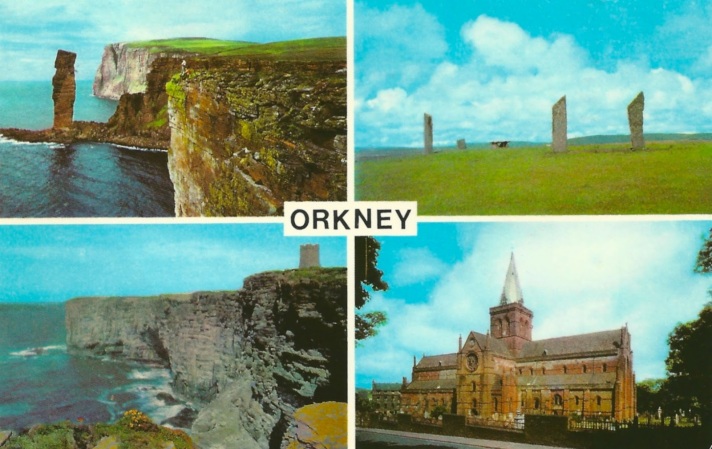 Often, postcards seem to catch the essence of a thing or place, either by design or accident, and their purpose appears to be to represent the best – or the typical – of the subject. This spirit has recently been used in very interesting ways by the Caravan Gallery, an artistic venture which utilises the power of photography and a psychogeographical perspective through a series of projects. One of these is their exciting Pride of Place project, a participatory exercise within local communities across the UK where people are encouraged to reflect on an exhibition of photos that capture the spirit of their place. The collaborative and communal activities that follow on from this are an attempt to inspire people to think afresh about where they live and promote creativity. The images that start this process are also depicted on a wonderful series of postcards that have been produced by the Caravan Gallery, many of which I have purchased in various shops in central Scotland. These are postcards that, like the ancient stones images, capture a sense of place very well, of course accepting places are not necessarily as glossy as depicted on officially sanctioned postcards.

My small collection of Caravan Gallery postcards was the inspiration behind the simple postcard-type image I created of the Sighthill stone circle for my last blog. 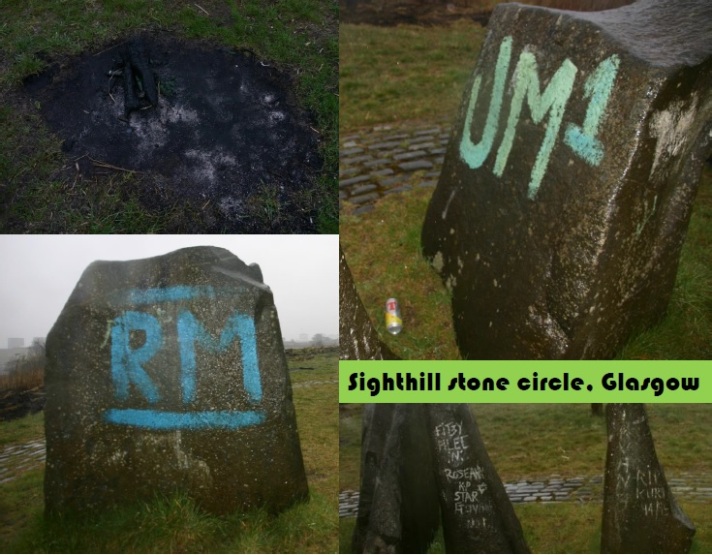 I liked this effect, and so I have been working on a series of urban prehistory postcards, which are shown below. Like my blog, these postcards are a celebration of the sometimes forgotten, often ignored, occasionally abused, and rarely celebrated traces of the past that intrude into the modern landscape. Some are not from urban locations, but do capture the essence of the modern (concrete) lens through which visitors often view prehistoric monuments. But don’t let that put you off visiting. 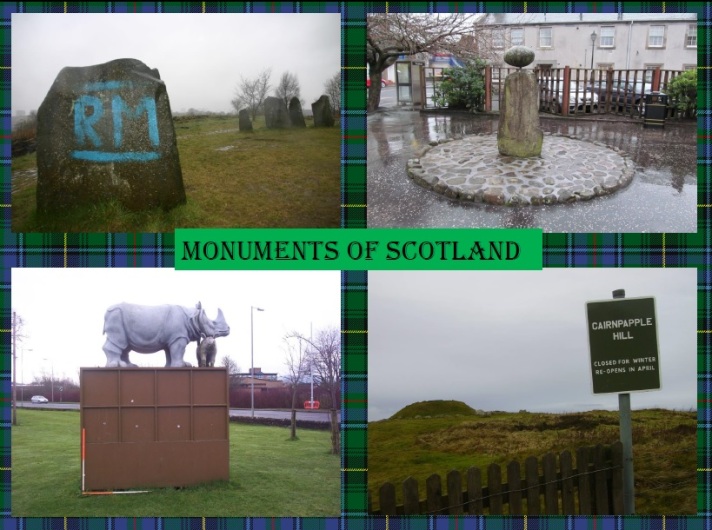 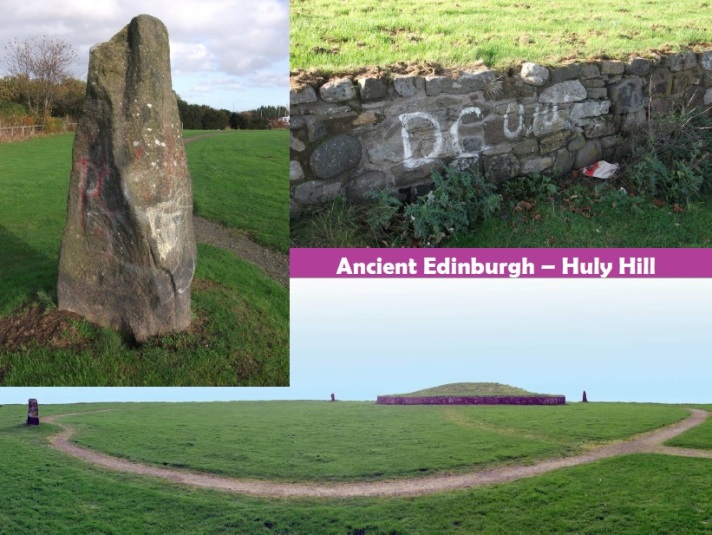 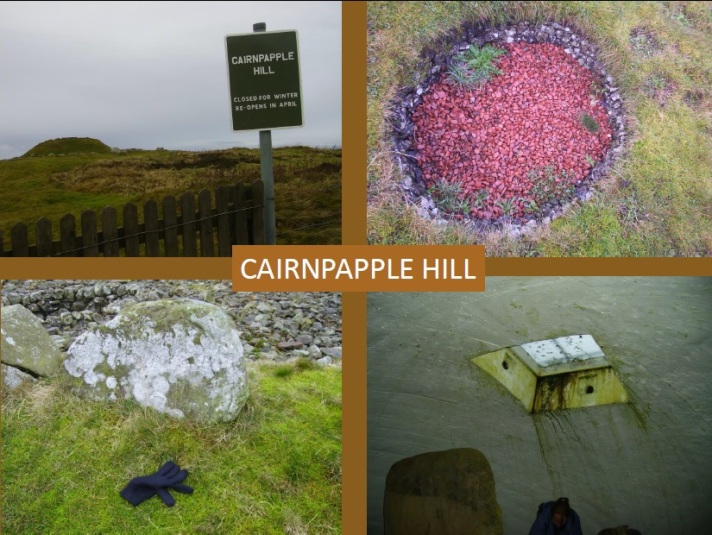 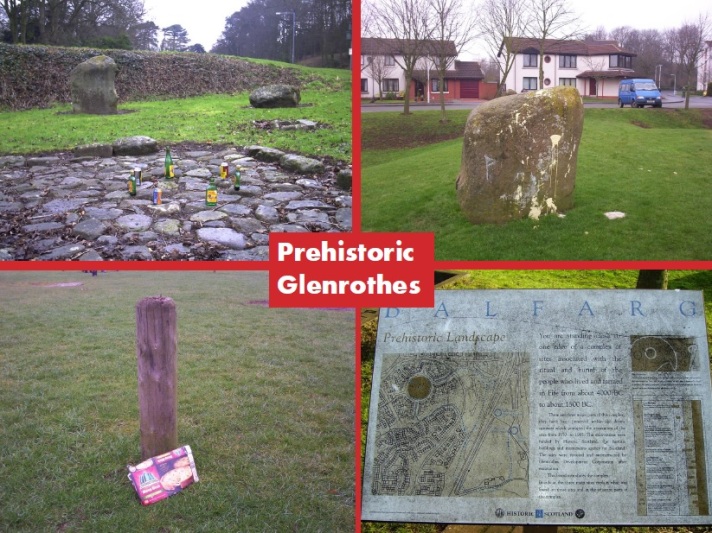 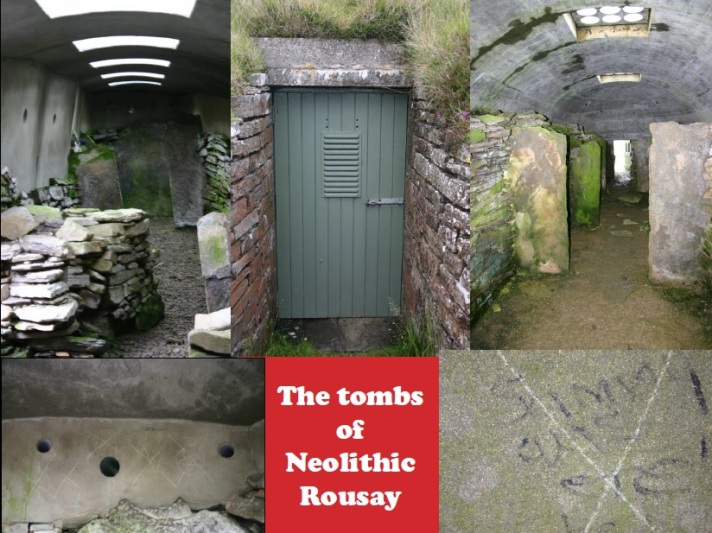 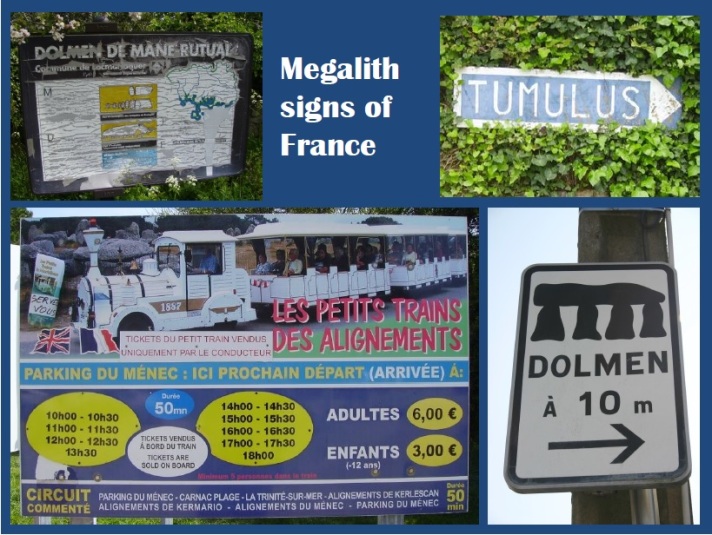 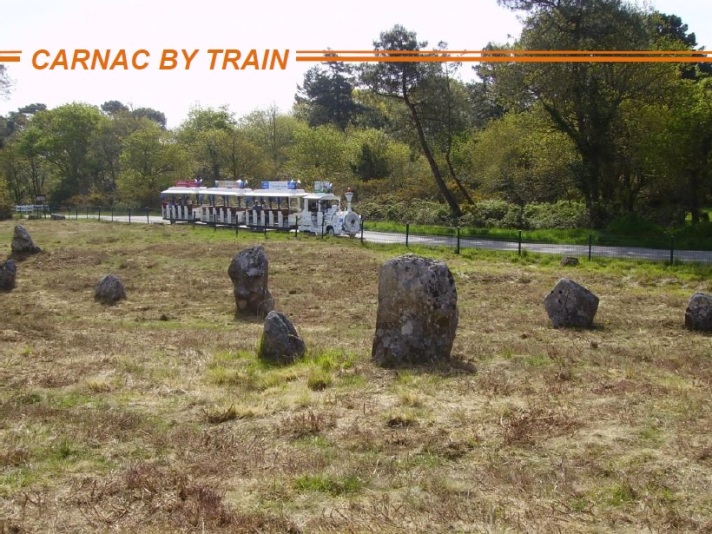 Sources: The cover of the book Ancient Stones on Old Postcards is widely available online, and The Blowing Stone extract is sourced from that book. The Stonehenge with go-faster stripes postcard was sourced from a blog that looks at postcards and stamps associated with World Heritage Sites, while the Orkney postcard came from a blog about postcards. The bottom image in the Huly Hill postcard came from the Spine of Albion website, and the ‘Balbirnie buckfast’ image was staged and photographed by a former archaeology student at Glasgow University – if I can remember his name, I will update this!

5 thoughts on “Postcards from the edgelands”